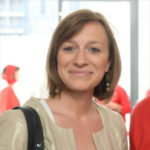 Wallonie Picarde: a land full of daring and pioneering entrepreneurs

At the heart of 100 million consumers market in a range of 300 km, Wallonie Picarde – the western part of the Hainaut province – is ideally located at the gateway of Wallonia, between Lille and Brussels and directly connected to Flanders.

When it comes to investment projects, the region sparks the interest of many Belgian and foreign investors who can count on a fast and efficient response from the competent regional authorities. Administrative simplification, the availability of greenfield land, appropriate infrastructure, mobility, training, investment support, social peace and respect for entrepreneurship are key

arguments for economic activities to develop in Wallonie Picarde, resulting in the creation of new jobs!

While Wallonie picarde’s economic fabric is made up for 90% of SMEs, it also counts some large industrial companies such as Colruyt or Baxter. Regardless of their size, they are all top companies in sectors such as agro-food, logistics, creative industries, textiles and new materials, cleantech or ICT. To name but a few: Dufour, Vandeputte Savonnerie, DSI, Walcarius Construction métallique, Galactic, Battle Kart, Limited Edition, Euroterminal, Desobry, Technord, etc.

The first fundamental characteristic of Wallonie Picarde – also called Hainaut occidental (Western Hainaut) – is its landscape: the region has stayed green unlike its two neighbours, the Borinage and the Centre, two parts in the South-West and Centre of the Hainaut province that have indeed become industrialised because of their coal-rich underground. One of the pearls of the region is the Lesdain tree nursery, which represents 240 hectares of production, namely half of the total surface area of the Walloon tree nurseries.

Even if it has not escaped industrialization itself, the Western part of the Hainaut province presents itself as a traditionally agricultural region: it is the Agro Food Valley concept. This project aims to create an environment that enables a sustainable

development of the whole agro-food sector in the region. That we are not talking of some pipe dream is proven in the facts: a third of the territory is dedicated to agriculture, more than 1,000 agricultural companies are active in the region and 130 linked firms create 2,900 jobs. Reason enough thus to highlight the region’s agro-food know-how and to spread it as far as possible.

The beer production in Wallonie Picarde counts not less than 15 breweries, that is one tenth of Belgian breweries.

Lager, dark, amber, abbey beer, there’s something for everyone! By joining forces in an association, the craft breweries of Wallonie Picarde are working together to

offer to everyone the taste of local beer.

Wallonie Picarde is also the centre of excellence for the transformation of potatoes. Companies such as Crocky, Lutosa or Mydibel are settled in the area and export globally.

Wallonie picarde is surely worth going out of your way, with some beautiful tourist sites, such as the city of Tournai and its cathedral which welcomes 200,000 visitors each year, or the hospital Notre-Dame ŕ la Rose – one of the oldest hospitals in Europe now turned into a museum – also recognized as a World Heritage Site by UNESCO.

Moreover, the city of Ath is now internationally renowned as it shelters Pairi Daiza, an absolute must-see of the region. Garden of Eden for one day, the park welcomes visitors for a day of amazement bringing them in close contact with wild animals while making them aware of the beauty and fragility of nature.

Previous: West Flanders, a unique ecosystem of SMEs and multinationals Next: France opens up its doors!

01 post 0 like
Camille Desauvage obtained a Bachelor’s degree in Communication, with a specialisation in Press and Information, from the Institute for Higher Social Communication Studies (IHECS). Having alternatively worked as a television journalist and press officer, she is in charge of communication and events within the Chamber of Commerce and Industry of Wallonie Picarde for the last five years. She is also assistant professor in Communication at the Economics Department of the Haute Ecole en Hainaut.
Website: http://www.cciwapi.be/