This workshop aims to

It will be conducted in English.
It will also be organized in several European cities in September and October 2018, Milan, Madrid, Paris and the Netherlands.
Central America: Costa Rica, Panama, Guatemala, Honduras, El Salvador and Nicaragua

Registration fee?
75 for Euracen’s member
110 for non member
Registration is mandatory before the 27 september 2018

03 posts 01 like
Anne is Senior Manager Advisory within the Chamber of Commerce in Brussels, in charge of the International Department since September 2016. From 2007 to 2016, she has worked for Deloitte, in the indirect tax department, where she acquired experience in VAT and Customs for the private and public sectors. Anne holds a Master’s degree in Political Sciences and a postgraduate in European Studies of the Catholic University of Louvain. She is also postgraduated in International Tax Law from HEC-Ličge (Belgium). Amongst others, she is member of the VAT Expert Group for the European Commission.
Website: http://www.beci.be 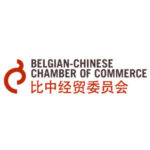