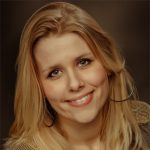 Ličge, the city of casual business

The Liege Port Authority is currently developing a multimodal platform called “Liege Trilogiport” located along the canal Albert in Hermalle-sous-Argenteau. This future “logistic village” at the heart of Europe received the name of Liege Trilogiport to underlign its trimodal characteristic through its three means of transport (water, rail, road) and its purpose to be a massification place upstream the ports of Northern Europe (Antwerp, Rotterdam and Dunkerque).

This place embodies Ličge’s economic revival and was the scenery of POP-UP, the biggest B2B event in Wallonia, of which the third edition, POP-UP SPEAKEASY, took place on 27 April.

This off-the-wall networking event – by its completely unusual atmosphere and setting – aims to stimulate professional meetings and exchanges between company heads. Not fewer than 350 firms and 4,000 business leaders are expected to participate.

POP-UP is an annual event celebrating entrepreneurship in the Ličge region. The Chamber of Commerce of Ličge-Verviers-Namur chose Trilogiport to host this year’s event as it symbolizes the economic revival of Ličge’s industrial area. Host for POP-UP was the logistics centre of Tempo Log Belgium, the first firm officially settled in the Trilogiport. Tempo Log Belgium is part of Tempo One – a French transport and logistics group – and takes care of the logistics and distribution operations for Algapatras. Algapatras is highly recognized in Brazil, its country of origin, where it employs more than 12,000 people. Its flagship product is the Havaianas flip flop, with sales of over 260 million pairs each year.

To achieve their objective of stimulating meetings and exchanges between business leaders, the organizers of POP-UP created a scene with no direct link to the world of business to facilitate contacts between participants. This year, they chose the theme of America’s “Roaring Twenties”. The place was thus decorated in connection with the theme and the Chamber’s team members were wearing their most beautiful feathers and costumes, tricycles were driving around the allies and oldtimers were displayed around the room. The name POP-UP SPEAKEASY also refers to the 20’s speakeasies – illegal bars during Prohibition – which match perfectly with the spirit of this networking business event.

Everyone agreed on the success of the formula: business contacts multiplied through the innovative concept. This is the opinion of Christophe Adrian, general manager of Polyform, a firm specialized in the production of technical and decorative pieces by plastic injection since several decades. “Our firm does not often participate in networking events. We usually limit our participation to specialized fairs. But the attractive price and the potential number of participants made us want to register. We have the feeling that this event will be more promising than an email campaign – even if both have a similar budget.” Bernard Lorquet, head

of marketing & communication at Bicyclic, wishes to promote the advantages of the electric bike as a mean of transport and is convinced of Ličge’s high potential of employees willing to take the bike to get to their work or anywhere else. “The POP-UP fair is therefore the ideal place to reach as much people as

possible in the least time possible.” Jean-Philippe Moulan, operational manager of Biemar Bois and a newcomer to the networking events organized by the Chamber of Commerce, went to POP-UP to keep up his professional network and to strengthen the image of his firm. “To me, there is no other event in this area where you can meet such a great number of managers and executives in the same day. Moreover, its price makes POP-UP an event that is within everybody’s reach.”