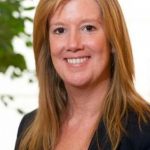 Land of rivers: the hidden pearl of Flanders!

The district of Mechelen, the hidden pearl between Antwerp and Brussels, has more than meets the eye but let us focus on the landmarks of three beautiful places of this district:

The Royal Manufacturers De Wit was founded in 1889 and is worth a visit.

Did you know that Mechelen has more classified ancient buildings than Bruges?

This city was once the capital of the Netherlands and a center of culture under the regency of Margaret of Austria. By visiting this website  you will know why you should visit this city managed by Mister Bart Somers, elected this year as best Mayor of the world!

Did you know that illustrious museums and stately homes worldwide have their most prized tapestries cleaned, restored and conserved at De Wit Royal Manufacturers of Tapestry?

Did you know that Mechelen is home to a world-famous carillon school? It was the first of its kind in the world when it was founded by the carillonneur Jef Denyn in 1922. Herbert Hoover, John D. Rockefeller Jr. and William Gorham Rice gave financial support to this school. It attracts students from all over the world looking to perfect the art of carillon playing. The school is recognised by the Ministry of Education and Training of the Flemish Community. The study programme, which encompasses three stages, includes theory and technique, carillon playing, arrangement and composition, campanology, piano and harmonies (instrument and vocals).

When you have completed the programme, you receive an official diploma of carillonneur.

Another great brand of Mechelen is its famous Brewery ‘Het Anker’ started brewing beer 5 generations ago in the Grand Beguinage of Mechelen.

The brewery has gained an international reputation and exports to more than 30 countries. The beers have earned worldwide praise. In proof of this, the brewery has received several international awards over the past few years. At the end of 2016, they even came to the market with the ‘Whisky Infused’. This golden drink was named ‘World’s Best Spirit Flavoured Beer’ at the World Beer Awards.

After all the Gouden Carolus Single Malt is also produced by Het Anker and the whisky distillery, is the perfect combination between the family traditions of brewing and distilling. It got its 4th recognition at an international tasting competition this year. This Belgian whisky obtained a silver medal at the San Francisco World Spirits Competition, a gold medal at the International Spirits Challenge and obtained “Silver Outstanding” at the International Wine & Spirit Competition.

They also have on-site brasserie and hotel to guarantee a unique taste experience!

Another city worth visiting is Lier in the district of Mechelen.

Did you know that its Beguinage and belfry are on the prestigious list of UNESCO World heritage?

In 1369 they built a Gothic belfry in Lier. It stands as a symbol of freedom and independance.

In the Middle Ages the town’s deeds and freedoms were kept in the belfries, as was the arsenal, and the town council’s assembly room was also to be found there.

Since 1971 the tower has housed a small automatic carillon with 23 bells.

Together with 23 other belfries the Lier belfry was recognised by UNESCO as a World Cultural Heritage Site in 1999.

You can explore Lier at your own pace: download the digital walk on your smartphone or tablet and start your discovery tour along 25 landmarks. The 5 km trail forms a loop which allows you to choose your starting point.

One of the 13 municipalities of the district of Mechelen is ‘Willebroek’ which is an important economic anchor that connects the region to the rest of Europe. After all there are two inland terminals, important railway connections, new tram lines installed soon and it is close to Brussels airport. The governmental body that manages the waterway is based there and they strongly promote modal shift and work on innovative systems because it connects the Willebroek waterways with 41.000 km of navigable inland canals in Europe.

Willebroek has various industrial parks with companies specialized in logistics, distribution, construction, production, engineering and there is still space to build new businesses with international ties and aspirations.

These are just some of the main drivers of this region so our call to potential investors: take a closer look to the hidden pearl of the district of Mechelen when you consider investing in Europe!

The regional Voka – Mechelen Chamber of Commerce & Industry employs 17 people and serves over 1.300 companies from various industries and sizes in the district of Mechelen. The main business sectors that stress the economic importance of this region are: health, logistics (one of the biggest logistic hubs of Western Europe), ICT & media, B2B service sector, construction and agro food (Mechelen has Europe’s largest co-operative auction of vegetables, fruits & bio – halal certified). The mission of the Voka – Mechelen Chamber of Commerce & Industry is stimulating economic activity and contributing to a better entrepreneurial climate.

How do we achieve that?

More info needed or any request? Send an e-mail to mechelen@voka.be

Do you want to be convinced even more about the attractiveness of our region? Then watch this great movie here.

Previous: East Belgium: live, learn and work where others go on holidays Next: Health House, a first of its kind innovative exhibition platform on the future of health and care