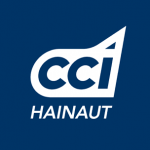 The Hainaut province: you are going to love it!

In the south of Belgium – the eastern part of the Hainaut province – and more precisely around the cities of Charleroi, Mons and La Louvičre, are hiding some gold nuggets.

In this part of Wallonia, conviviality and enthusiasm are not just words. Let me list you some examples that will certainly leave you speechless. A huge “server farm” on which an increasing number of expansion programs are installed since it was established. With regards to the industry, the leader in iron and steel Arcelor Mittal produces in Charleroi unique special plates for its alloys to be efficient. In La Louvičre, the Russian steel producer NLMK (7th global operator) now creates half a thousand jobs by providing high-end rolled steel to its central European clients as such as VW, Opel or PSA.

We can also name the bio-Park of Charleroi and its pharmaceutical field; where thousands of qualified workers develop future biotechnologies with the support from the best university labs of Europe.

Near this growing scientific park, the Irish low-cost airline Ryanair, first air operator in Europe, made of Charleroi its main continental base since it started its activities in 2006. It now serves about a hundred destinations.

The artistic director from La Louvičre, Franco Dragone – who happens to be Céline Dion’s privileged partner – currently performs as far as in Asia and North America.

There are a lot of other stunning places in our region, which is being undoubtedly a little bit too modest…

Moreover, as you can tell by our many carnivals, we enjoy life and like to party, we drink three colored Chimay beer (one of the six officially recognized Trappist beers) and we gladly share delicious local specialties like “escavčche” (eel dish) or the famous “côtelette ŕ l’berdouille” of Mons (pork in a shallot and pickle sauce)!

Why not come and discover this bountiful and green corner of Hainaut during the summer season?

In Charleroi again, the astonishing Photography Museum set up in a former convent will share with you its treasures and, a little bit further on the west, in Hornu, the Mac’s – a magnificently reconverted mine site – will give you a close taste of the contemporary artistic culture.

On your way, take a moment in the city of La Louvičre to check out the (very good) operating state of the last 19th century hydraulic elevators designed and installed on the old Canal du Centre.

Surely nobody will leave disappointed…

And everybody will keep coming back to this “God and sun blessed” place, as Prince Charles de Cro˙ used to repeat it at the end of the 16th century.

Written by Hugo Leblud, journalist and writer of the CCImag. To get further information about this astonishing region, go to http://www.ccih.be/ or send an e-mail at benoit.moons@ccih.be

Tagged with:Pharma; Steel; Wallonia
Previous: Brussels, the European gateway Next: Chambers of the world reject protectionism and call for greater inclusiveness in trade

01 post 01 like
In Belgium, the Province of Hainaut is covered by two Chambers of Commerce and Industry. The CCI Hainaut provides services to companies located in the eastern part of Hainaut, from Mons to the Hainaut boot, via the central region and Charleroi.
Website: https://www.ccih.be/