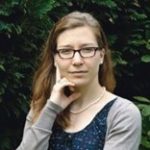 Benefits of trade agreements for SMEs

Trade is the backbone of the economic prosperity in Belgium, and its importance proves itself especially in difficult economic times. Trade is the engine for job creation and growth, and for redistribution. Even though it can be perceived by some as a danger, especially when cross-border movements of money, goods and people are involved, trade is a necessity for the social cohesion and the progress towards a more inclusive society. Even public finances strongly need competitive trade performances to be able to fulfil the demand of public services.

In a global changing landscape, the sustainability of the Belgian businesses requests that they dispose of a stable framework allowing them to trade with the regions of the world where the global economic growth will be generated. Macro-economic projections forecast that 90% of that growth should be expected outside the European Union. While the benefits of internationalization of companies have been highlighted for long, SMEs still appear less present to gain the benefits of the globalization or to compete on international markets.

In line with the G20 Leaders CommuniquÕ resulting from the 2016 Hangzhou Summit, it is necessary that the benefits of trade and open markets are better understood by those who account for 70% of GDP and private employment in Belgium: the SMEs, whose share of total export is much smaller. 571.000 jobs in Belgium depend from our sales outside the European Union. In order to grow these numbers for the benefits of all, this post intends to raise the awareness of SMEs leaders on the opportunities for their businesses in relation with free trade agreements, and how digitalization can help them to materialize these opportunities.

General context of the Belgian economy

The Belgian market is rather mature and limited by its demography. It is therefore a necessity for many companies to deploy activities towards third countries to search new consumer market. In first instance these exports are towards neighboring countries such as France, the Netherlands, the United Kingdom and Germany. This is logical, as +/- 80% of Europe’s purchasing power lies within a radius of +/- 800 km from Belgium. However, a recent survey established that 75% of the companies realize less than 25% of their profits outside the EU. Even if the Belgian economy has one of the highest export/GDP ratios in the world, more SMEs could take advantage from Belgium of the global market and export outside the European Union (EU). The potential of the economic growth is no longer only within the internal market. Besides, the globalization of supply chains creates new opportunities for SMEs to access global markets, and SMEs are an important driver of export growth.

At the dawn of the 21st century, our world has dived into an overwhelming transformation with the rise of digitalization. This transformation is exponential in the sense that it is simply a tough challenge to predict, with a high degree of precision, how tomorrow would look like. Who has not heard over the past years about buzz words such as big data, disruption, collaborative economy and automation? Where those tremendous changes start affecting our way of living and consuming, they also clearly impact how we envisage Global Trade. A good evidence of this are the constant efforts from the European authorities to make customs as paperless as possible in order to accelerate the speed of communication. For the purpose of this post, we will specifically focus on how digitalization helps businesses leverage Free Trade Agreements (FTAs ) in a more automated, compliant and efficient way.

There is a growing number of bilateral and regional free trade agreements, while a multilateral agreement is pending at the WTO level. Consequently, global trade looks more like a spaghetti bowl or patchwork rather that clear cut road for doing business. The EU concluded FTAs with 87 countries from all continents and currently seeks for an FTA with the some of the largest economies of the World, such as US and Japan (possibly also with the UK in the next coming years in the light of Brexit). Next to the reduction of the duty rates, the objective of these FTAs also encompasses the reduction of Non-Tariff Measures (NTMs) such as intellectual property, regulatory requirements, sanitary and phytosanitary measures, and public procurement.

Harmonization of rules of international trade and investment

Where digitalization may help resolve and automate complex global trade processes, one may dream that one day this complexity simply disappears by the effect of the harmonization of rules at global level. No one can predict how further harmonization will occur in areas such as the rules on origin, classification of products and valuation methods. The WTO trade facilitation agreement is at least an encouraging trend towards that direction. This Agreement sets out measures for effective cooperation between customs and other appropriate authorities on trade facilitation and customs compliance issues. At the EU level, the Union Customs Code, which entered into force on 1 May 2016 also focuses on digitalization and on a harmonized application of customs rules within the internal market. Finally, we hope this post can provide hereafter the useful tips and tricks for companies to embark on the great export adventure, but also hints to set the record straight in any debate on the role of trade in todays economy.

How to benefit from the opportunities of free trade agreements?

Of course, this does not exclude other possible criteria to benefit from a FTA so each FTA should also be checked individually in detail.

Claiming an FTA for an inbound or outbound product flow to benefit from a reduced or zero duty rate, requires different steps and, above all, an active knowledge of global trade rules. This to comply with the legal obligations in place, such as meeting the rules of origin stated in the FTA. This is where digitalization can help. Several Global Trade Management (GTM) systems have been designed to streamline and automate Global Trade processes like screening sanctioned party lists, creating import/export customs declarations, processing customs warehouse, classifying goods, etc. One of their core functionalities is the trade preference determination. Basically, those GTM systems are fed with global trade content, such as the unilateral, bilateral and multilateral FTAs in place. In a powerful way, they automate the whole preference process, from the vendor declaration, i.e. requesting, collecting and maintaining your vendors origin declaration, to the customer certificate issue. For a specific purchase or sales order, they will look into the applicable FTAs and perform the preference determination. Obviously, setting up such GTM systems requires some initial investments. However, it is to be noted that some companies offer pay-as-go models to make it more affordable for small and medium businesses.

What Data Analytics do for Global Trade also deserves a special section here, specifically when it comes to claiming FTAs. It may sound common, but a great number of companies involved with Global Trade have no high-level visibility on their international flows. In addition, plant relocation decisions or sourcing alternatives do not systematically integrate the customs duties impact triggered by the new import/export setup. It turns out to be difficult for companies to look at sourcing alternatives which can leverage FTAs. This obstacle prevents companies from making comprehensive feasibility studies. Global Trade Data Analytics tools are built to tackle such tricky and frustrating situations. Those tools are uploaded with the companys customs data (with inputs from their ERP systems or from Governments data) and populate those data with all existing FTAs, using complex algorithms. Thanks to user-friendly dashboards, they allow the businesses to immediately spot sourcing opportunities as an alternative to their current product routes, i.e. the routes for which an FTA can potentially be claimed. They also integrate functionalities which look at the total landed costs of each existing or envisaged sourcing route.

Global trade is often synonymous with new markets, new adventures and new sales. However, it can result in a complex and, unexpectedly, cost-generating business. Claiming FTAs to optimize a companys customs debt and to increase its profitability is not much easier. But digitalization brings a fresh wind. A wind of simplification and automation which companies should definitely integrate in their global trade strategy roadmap.

Tagged with:G20SMEs
Previous: Trump, Brexit, CETA: looking for the silver lining Next: Antwerp is the thriving economic centre of Belgium

01 post 02 likes
Marianne Houman has a master degree in Philosophy and Law at the KULeuven and studied with an Erasmus exchange program at the University of Sheffield (UK). She started her career in 2009 as deputy-Mertens for the Belgian Presidency of the Council of the EU during the second half of 2010. This experience allowed her to gain in-depth insights on the EU decision making process. The following three years, she was legal coordinator for customs and trade affairs for the EU office of a global Japanese company where she mainly dealt with product classification issues, binding tariff information requests, duty suspensions and anti-dumping case for solar panels. From end-2013 onwards, she has been EU policy advisor at Voka, Flanders' Chamber of Commerce and Industry. As from mid-2015 she joined the global trade team at EY in Diegem to help companies with the implementation of the Union Customs Code. She gained extensive experience in Authorized Economic Operators (AEO) applications and continuously advises companies in the vast and complex domain of customs and international trade.

Pieter de Crem, as salesman of Belgium to the United Arab Emirates

The European way to free, fair and inclusive trade